As Premier Eby, former Housing Minister, has been sworn into office, housing advocates appeal to his understanding of the housing crisis for a renewed push for mitigation and reform. Eby is urged to review what is occurring in New Zealand regarding changes to minimum zoning standards, noting that New Zealand enacted national reforms that established minimum zoning standards and legalized multifamily housing. They recommend that six-plexes be the minimum standard to be economically viable and sustainable.

Although the housing crisis is highlighted most frequently in an urban Vancouver context, and reflected in the unhoused population in the DTES, the crisis has affected communities across BC. In particular, communities with colleges and universities have been struggling to house students as well as dealing with community push-back on the creation of more student housing, citing NIMBY politics opposed to neighbourhood disruptions they fear young people will bring with such developments.

The Bank of Canada has reported that with increasing interest rates, housing prices will continue to fall through 2023, but not enough to create affordability. Canadian Real Estate Magazine reports that housing supply affordability is driven by a number of factors. With huge immigration numbers fuelling high demand for real estate, it is likely that prices will remain unaffordable for a large number of Canadians. The Bank of Canada is set to continue sustaining rising interest rates through 2023, which keeps mortgage rates higher even as prices start to come down. This will be exacerbated by increasing immigration targets throughout 2023 and 2024. Curbing immigration is not the answer, however. As labour shortages continue to mount, immigration is necessary to drive an economic return. Wages are not being increased in accordance with the increases in cost of living metrics, therefore not keeping up with the increase in inflation.

BC Housing, Kamloops, and Social Services are looking to establish an extreme weather response shelter for vulnerable people. As climate change continues to deliver atypical conditions, these shelters may require more prevalence and permanency than previously established. However, staffing concerns may delay operational readiness. All municipalities will need to continuously review their readiness plans in order to prevent loss of life in extreme conditions.

Vancouver Mayor Ken Sim is following through on his campaign promise of 100 new police officers and 100 new mental health nurses by tabling a motion to allocate $6 million to the initiative. However, there is concern both within council and from community advocates that there are better and more cost-effective ways of accomplishing the end goal of supporting the public well-being. Hiring would be done by VPD and VCH. The discussion and vote is set for November 23rd.

On October 15th, 2022 Ken Sim was elected Mayor of Vancouver with primarily an ABC and OneCity slate. This may imply that the platforms of those dominating parties will reflect in upcoming developments regarding housing concerns in City Hall. The OneCity platform can be reviewed here and the ABC platform here . Neither platform is comprehensive, however both seem progressive-leaning.

CMHC has noted that housing development, particularly in the condominium sector, are down substantially (46%) as developers are hesitant to engage in projects that may not be as profitable as in the past. This may be problematic when considering Vancouver’s supply concerns, although this may correct as Ken Sim has a platform to execute on pre-existing relationships with the developers to see it through. Another hindrance, however, “There is insufficient labour capacity to address significant housing supply gaps in British Columbia,” the Canada Mortgage and Housing Corporation reported last week. The lack of skilled trades people has been problematic across all industries particularly through the pandemic. This may be an opportunity for contractors to be more inclusive in apprenticeship and hiring practices for women. Although the trades offer a secure and fairly stable economic opportunity for women, many women still report that male-dominated environments such as building sites are not welcoming and inclusive. A cultural shift would be welcomed to engage more women into trades positions, given the shortfall. Also, an assessment of immigration might be necessary to not necessarily prioritize those with post-graduate degrees but also those with qualified trades skills that are lacking locally. A shortage of tradespeople will result in an increase in labour costs, therefore an increase in development costs, which most likely will get incorporated into either rental or market pricing for the end consumer, which, without consideration or government intervention, will continue to decrease the opportunity for access to sustainable housing models.

Indigenous-led supportive housing is on the rise, as First Nations are striving for self-determination. For instance, in Terrace the Kitselas First Nation is building 40 new units, only 32 of which will be wheelchair accessible.  Ahmed Hussen, federal minister of housing, promised better housing for Indigenous communities in announcing on October 13 more than $25 million in combined federal and provincial money for the project. Indigenous communities are no longer trusting government contractors, who can develop sub-standard and insubstantial housing, instead taking the reins and directing feasibility studies, contract negotiations, and vetting processes, suppliers, and contractors in order to co-design quality structures. However, while the federal government might be supportive, local coalitions may not be. For instance, in Kitsilano, two local community groups have filed complaints regarding the Squamish Nation development which will surely impede the process of the build.

The BC NDP has decided to exclude Anjali Appadurai from the NDP leadership race because of electoral violations. This may be a blessing in disguise, as the former Minister of Housing David Eby, who is aware of housing concerns throughout the province, will maintain his position as the future leader of the NDP party. Whether his understanding and learnings of the concerns will play a part in his leadership has yet to be determined.

Given the surge in violent crime, all levels of government are responding to public outcry, both financially and through policy development. Given the municipal mayoral candidate who platformed 100 new police officers and 100 new supplemental social workers to work alongside them was elected in Vancouver, the “defund the police” movement was overruled (sidebar, the original “defund the police” movement was intended to achieve just that…more social workers involved in police de-escalation). All levels of government are now in consultation to determine funding and programs to mitigate violent crime. 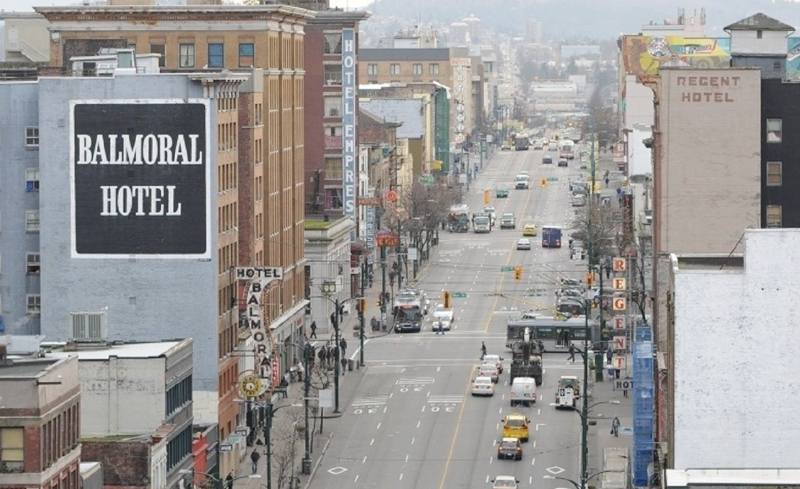 Developers have broken ground in Victoria for a 97-unit affordable housing complex that will replace three existing aging buildings. The new complex will become two four-story buildings in James Bay.

CEO of BC Housing Shayne Ramsay resigned amidst a litany of controversies and concerns. It remains to be seen if Atira will retain funding from BC Housing with the absence of the previous conflict of interest, or if that funding will require new oversight with new governance. On July 8th, there was a dramatic overhaul and dismissal of the former board of directors, which may have led to Ramsay’s resignation along with the results of the Ernst and Young report, which comprehensively condemned the effectiveness of the organization.

University students are finding each year more and more difficult to find safe, affordable, and available housing in Vancouver. Price-gauging is also a concern. This logistical obstacle is having long term consequences for students, who are forced to defer or drop out altogether.

The BC Rent Bank has released a survey that has determined a 94% success rate to provide stability through financial supports for low-income renters. The main reasons people utilized this service were to maintain custody of their children, engage in recovery from addictions, and resume employment. This initiative is supported by VanCity and the federal government.

A review was recently released regarding the 2021 heat dome determining that over 600 lives were lost. Minister Farnsworth has announced that preparations are being made for 2022 climate conditions, and that the province’s emergency alert system would be in readiness in June 2022 to notify the public of extreme conditions. The federal government has also announced an allocation of over $200 million to be designated to disaster recovery and climate resilience.

The Minister of Mental Health announced a harm prevention strategy to decriminalize the possession of less than 2.5 grams of formerly illicit substances. The opioid epidemic has resulted in significant loss of life in BC, and Minister Carolyn Bennett hopes this measure will mitigate the stigma associated with drug use encouraging users to seek support resources that prevent loss of life.

The escalation of both targeted and opportunistic violent crime continues to be a major concern to the community, both in daylight and nocturnal hours. It is important to be cognizant of one’s surroundings, walk in pairs whenever possible, do not wear ear buds that restrict spatial awareness, and consider carrying a personal alarm. Do not be afraid to call 911 regarding criminal acts, even if the call is after the fact.

Homeless people are especially vulnerable, and there is speculation that a recent podcast by Joe Rogan has contributed to the violence against the homeless, as he was quoted as saying in response to a question regarding the homelessness issue, “…just kill them”.

The South Asian community is also concerned about racial profiling. A list of 11 wanted men with photographs was released by the police, and people may use the wanted poster as the vitriol necessary for hate crimes on the community.